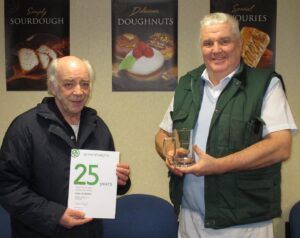 Congratulations to David St. George York on recently retiring after more than 25 years of continuous service as a bakery operative.

David began his career in the bread room department on the ovens at our Head Office Bakery. Later he was moved to the savouries department and is the man responsible for producing literally millions of potato cakes!

He was a respected member of staff both for his hard work and also his loyalty to the department. David is retiring knowing he was popular with his colleagues.

In retirement David is looking forward to ‘chilling out’ and spending time with his wife Vera.

Instagram has returned invalid data.
Do We Come To Your Office?

To find your local shop click here and agree to the location finder pop up. 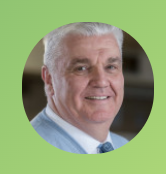